From Netherlands to Vancouver Island

Our passion for delicious food dates back to the late 1950’s when Cornelis van Wiltenburg immigrated to Vancouver Island from the Netherlands with his wife and four children.  In 1960, ‘Cor’ took over distributing Freybe sausage for Vancouver Island.  At that time, there were very few grocery stores or delicatessens, so he also sold directly to people at their homes. Soon after, many European delicatessens opened and there became a great demand for premium wholesale products. 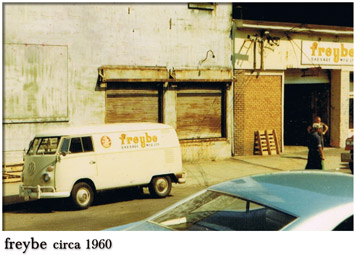 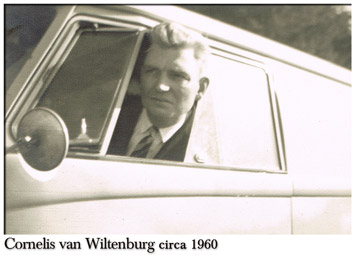 Cor (who quickly became known as ‘Neil’ here in Canada) worked very hard throughout the late 60’s and early 70’s to establish a recognizable and dependable wholesale company.  This led to supermarkets also becoming interested in selling German-style sausage and fine imports, and in 1977 Cor achieved a true milestone when he established “Neil’s Wholesale”.

New Territory and the Next Generation

In the late 70’s, Neil’s son Richard worked as a sales representative for Freybe Sausage in Alberta, which allowed Richard to gain experience in opening new accounts and managing a territory.  In the early 80’s, after several years of successfully building the Freybe business in Alberta, Richard moved back to Victoria to work with his father.  When Neil retired in 1985, Richard purchased Neil’s Wholesale from his father, along with the Vancouver Island Freybe territory. 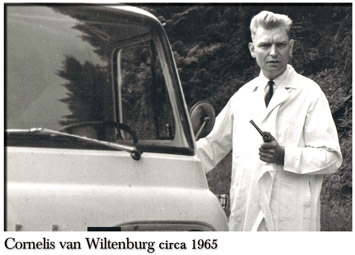 The Start of Lekker Foods

In 1986, Richard married Maureen and together they ran the company.  In December of the same year, Richard changed the business name from “Neil’s Wholesale” to “Lekker Food Distributors Ltd.”  The name was a nod to the van Wiltenburg family’s Dutch heritage and means “delicious” in the Dutch language.

From that point on, Richard began to expand the business and take on new suppliers, many without previous representation on Vancouver Island. Working out of a 6’ by 6’ cooler that had been built in Richard’s home carport, he quickly ran out of space.   In 1992, Lekker bought its first 1,200 square foot warehouse and within a few years had doubled that space.  In 1999, Richard’s son, John joined the company and took over warehousing and deliveries. This had a positive impact on the business as it allowed the sales representatives to concentrate on growing sales.

Cheese was their passion, and they focused their attention on that aspect of the fancy food business.  Over the years, Lekker helped develop many brands and the business continued to grow.

In 2005, Richard purchased property and designed and built a brand new 12,000 square foot facility, which is now known as Lekker’s Head Office.  In 2013, Lekker opened a distribution facility in Richmond, British Columbia, to keep up with the growing demand of specialty foods in Vancouver and the lower mainland area.

In 2014, Lekker expanded their product offerings to include bakery ingredients by taking over Nanaimo-based Richardson Foods Group and opened a new sales office in Nanaimo. Keeping up with the increased demand and sales during 2017 and 2018, Lekker expanded again by hiring sales representatives in Kelowna, Prince George and in Calgary, Alberta.

Today, after more than 50 years of success, Lekker Foods continues to pride itself on maintaining its family values and its philosophy to be the best in speciality food distribution!